This property is no longer available on our sites

There are also negotiable extras such as:
Hyundai Lantra estate petrol car 1.7
5m above ground pool and pump.
We are happy to supply further information and answer any questions by email.

Photos See all the photos 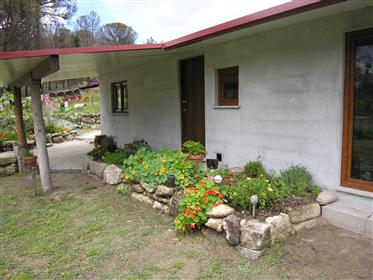 This property is not available for sale on our sites now


Advice on buying a property in Portugal : click to see our Portugal buying guide.

In your space, save your alerts and favorites, and find the ideal house in more than 56 different countries.
Connect
Create an account
‹ › ×

Once you have filled out the request form, click on 'Send'. Then:

Green-Acres.com does not make any other use of the information supplied other than indicated above. Note, we do not pass your email address to any third parties other than the sellers concerned.

You benefit from a right to access, to modify, to rectify and to delete you personal data (Law of 6 January 1978 relative to IT services, to files and to liberties. To exercise them, address the: Realist - 100 boulevard du Montparnasse - 75014 Paris

The form will already be filled out in the future to make it easier to use. To delete the pre-fill facility:

Green-Acres reminds that the use of the form by professionals for the purposes of non-sollicited direct marketing (spam) is prohibited. In accordance with legal obligations, Realist records your internet address (44.200.40.195) and reserves the right to sue in the case of fraudulent use.

Request the translation of this advert

Send this page to a friend

Your email has been sent

Thank you for your interest in our services.

Some listings are available in several languages. Choose the display languages on these pages to your order of preference by moving them.

Languages in order of preference

Our currency converter automatically retrieves the exchange rate for all major currencies in real time.

Our currency converter automatically retrieves the exchange rate for all major currencies in real time.