House in the historic center of Portalegre, Alto Alentejo.

Possibility of great profitability for local accommodation.
It is inserted in the historic center of Portalegre, with all the shops a few meters away, as well as all the tourist attractions of the city.

Small descriptive: Although the landscape of the municipalities north of Portalegre is still typically Alentejo, with relatively flat areas alternating with hills in most cases relatively low, Portalegre is often described as a transition zone between the driest and flats, and the more humid and mountainous Beiras. The orography is more varied than in most of the rest of the Alentejo, which contributes to the landscape having peculiar characteristics.
The city is located at an altitude between 400 and 600 meters, in the transition zone between the relatively flat landscape, but with many hills low to the south and west, and the mountainous system of the Serra de São Mamede, which surrounds it to the north, east and south-east.
Geology is varied, which translates into the variety of soils, existing areas of shales, grauvaques, limestones and quartzites.
The unique characteristics of the landscape, flora and fauna, are at the base of the creation of the Serra de São Mamede Natural Park, which integrates a considerable part of the municipality area. 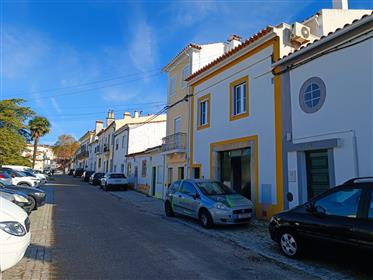 In your space, save your alerts and favorites, and find the ideal house in more than 56 different countries.
Connect
Create an account
‹ › ×

Green-Acres reminds that the use of the form by professionals for the purposes of non-sollicited direct marketing (spam) is prohibited. In accordance with legal obligations, Realist records your internet address (44.210.237.158) and reserves the right to sue in the case of fraudulent use.